On the evening of January 17th 1950, a group of armed gunmen entered the Brinks Building on Prince Street and robbed the company of $1.2 million in cash and $1.6 million in checks and securities. Donning Halloween masks and chauffeur's hats, they held up five Brinks employees at gunpoint, and near perfectly executed their well rehearsed plan. The great Brinks Robbery or Brinks Job is one of the FBI's most famous cases. The robbers were later captured, but most of the money was never recovered. The robbery was the largest in U.S. history until that time, and was considered the Crime of the Century.

The Brinks gang planned the robbery for about a year. They meticulously observed the employees' daily routine from a building across the street. They removed the lock cylinders of many doors and had a locksmith make keys. Members of the gang went into the building several times after-hours to memorize the layout and practice their planned entrance and escape. The gang even broke into an alarm company in Boston to review the plans of the security system inside the Brinks building. 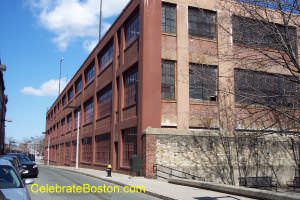 Boston Police and the FBI rounded up every suspect they could find. Rope, adhesive tape, one hat, and a witness observing the getaway car were the only initial evidence. Hundreds of leads led to dead ends, but the investigation was relentless. Constant pressure was put on the narrowing list of suspects by surveillance and personal interviews. Some of the gang members could not stay out of trouble, and ended up in jail for other offenses such as firearms possession in other states. The need for money to defend themselves legally, and other reasons, led to distrust amongst the members.

On January 6th 1956, one of the gang confessed to the robbery, having been pressured by the FBI and facing unrelated criminal charges and jail time. On January 11th 1956, 11 men were indicted and arrested for the Brinks Job. A break in the prosecutor's case also occurred in June 1956, when a $10 bill from the robbery was passed to an arcade employee in Baltimore Maryland. This money was eventually traced to an office building in Boston, concealed inside a wall. About $52,000 in Brinks loot was recovered from the wall. In October 1956, eight members of the gang were found guilty of multiple charges and given life sentences.

This famous robbery was made into the 1978 film The Brinks Job with Peter Falk. The film conveys the sense of urgency by the police to pressure and arrest members of the gang, especially as the statute of limitation were about to expire for some of the criminal acts involved.

The former Brinks Building is located along the Freedom Trail, at Commercial and Prince Streets, and is now a parking garage. It's about two blocks from Copp's Hill Burying Ground.