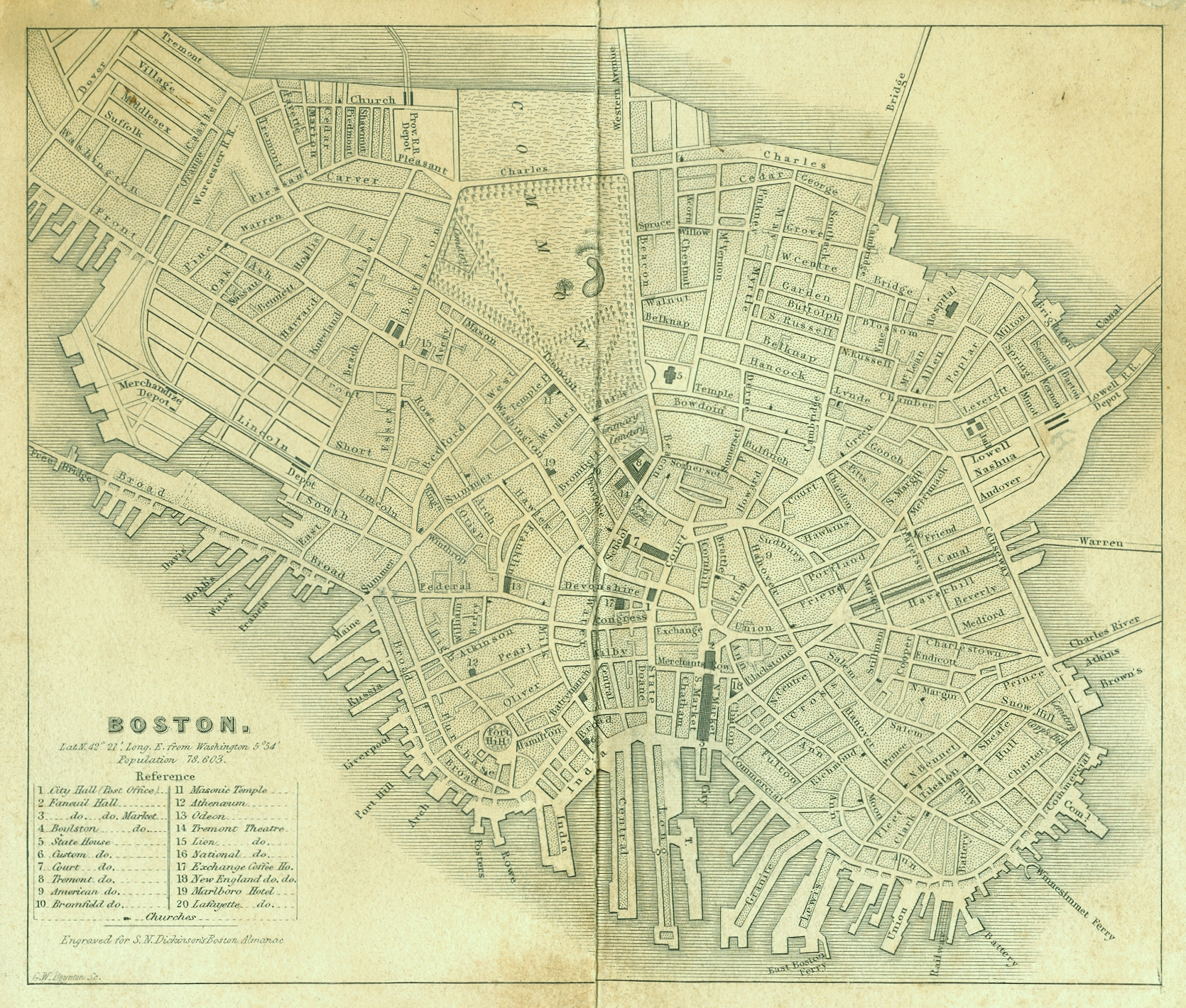 A map of Boston from 1838 looking west. The most interesting element of this map is how much area of the city had yet to be landfilled in. The Back Bay District is still a mud flat along the Charles River. The Charles River Basin and Esplanade areas are still under water. And noteworthy is that end of Broad Street hadn't been filled in, and the street ended at a bridge to South Boston (now part of Summer Street).

Notice that King's Chapel at School Street is merely labeled as "Cemetery," and that the Snowhill Street Cemetery, just north of Copp's Hill Cemetery and across today's Hull Street, was not removed yet.