Boston was an early source of the Temperance Movement in the United States. The American Temperance Society was established here in 1826. The original goal was moderation in the consumption of alcohol.  The movement soon promoted complete abstinence, and then later alcohol prohibition (ratified in 1919 as an amendment to the Constitution, repealed in 1933).

Boston reaped great wealth from the manufacture of rum during the 1700s, which represented one-third of commerce in what became known as the Triangle Trade. Slaves were sold in the West Indies, which then sold sugar for molasses to New England, which then distilled rum and sold it back to Europe or West Africa (as well as other products). Although Massachusetts had abolished slavery as a state, human bondage was a dark part of the legacy of alcohol manufacture and consumption in Boston's history.

The following attempts to convey the essence of the early Temperance Movement message.  An 1833 article, from the North American Review published in Boston, is paraphrased below:

"We confess here, for some time, were among those who doubted the possibility of effecting much good, through the work of temperance societies.  There appeared to be a disproportion between the magnitude of evil, and the insignificance of the means employed to stem it. But we confess our error, and make it our duty to atone for it, by contributing our mite to support the efforts of the meritorious people fighting against the evil of alcohol.

These beings live amongst us. They are the habitual drunkards of society, of which 375,000 live in the United States [1833].

Alcohol falsely fills voids in life. At social meetings, we pledge with it. When we are dejected, we resort to it. When we are fatigued, we consume it believing it restores strength. Alcohol is often given to the sick as a medicine. We must temper our zeal for the consumption of alcohol due to these falsehoods.

The object is to prevent drunkenness, not cure it. We must fight alcohol at the source; at the distillery, the booth, the tavern, bar room, social table, and apothecary's shop. We must take advantage of social institutions to suppress intemperance. Savings banks can help the poor to save money and not squander it on alcohol. Educational institutions are a powerful adjunct to the temperance societies, availing the poor to realize their condition. Other public associations and churches can support the drinker to moderate when consuming alcohol. Also, we must greatly empathize with the poor, who do not have a thousand diversions like most, from the blessings of a bountiful table to happy relations with friends, and find solace in the lonely indulgence of alcohol consumption.

To the leaders of the temperance societies: Whoever resolves the problem of alcohol misuse, under the auspices of justice, reason, and religion, would render a service to mankind, of which words cannot describe the value." 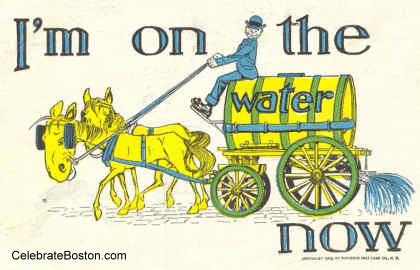