Photos of the Mercantile Wharf building on Atlantic Avenue. It has a granite facades on the north and south side, with granite arched entrances. It was originally a warehouse to support the markets in the area. In the mid-1970s, Mercantile Wharf was completely renovated, with stores on the first floor and luxury apartments on the upper stories. 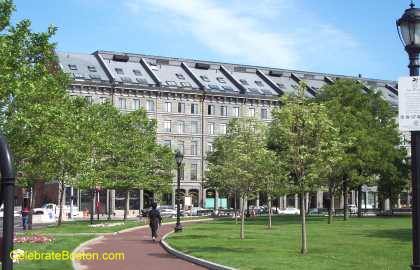 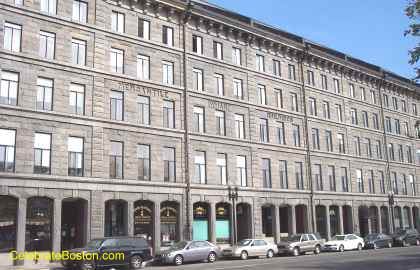 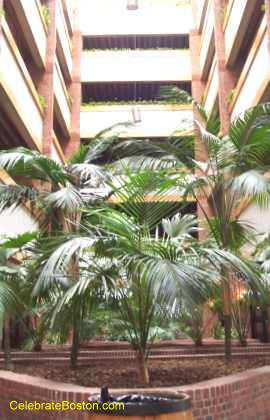