Mayor Peters, who had represented the 11th District in Congress for four consecutive terms, came to the office with the prestige of the largest plurality (9,075) given a mayor since 1903. He had pledged himself to a non-partisan administration and advocated complete political freedom for city employees and their classification according to the value of their services.

Special attention to street improvement resulted in the construction or repaving of 313 miles of roadway and 75 miles of artificial stone sidewalks. The most important single undertaking was the construction of Stuart Street, a broad highway to extend from Washington street to Huntington avenue. The ferry service was improved by the addition of two steel ferryboats and the repair of others; the two pumping stations of the high pressure fire service were completed; and also new public buildings costing $1,582,000.

The Mayor found that control of the charitable institutions by unpaid boards of trustees was impracticable, and proposed to merge them and the Penal Institutions Department in a single institutions department, in charge of one commissioner. An ordinance to this effect was adopted by the City Council.

Mayor Peters persistently contended that the municipalities of the Metropolitan District, or 'Greater Boston,' should be consolidated in one governmental unit, maintaining that a merging of largely identical interests would bring far more civic and economic advantage to all concerned than any temporary local disadvantages." 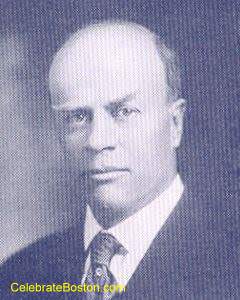