Benjamin Seaver had been nominated by the Whigs; Smith by the Native American Party, and Jacob Sleeper by the temperance men. On the third ballot Smith was elected. He was commonly known as Doctor Smith, having taken the degree of medicine at Williams College.

It is said that Mayor Smith 'was never taken quite seriously as the Chief Magistrate.' He had many schemes for the betterment of the city government, but did not succeed in carrying them out; and some of his ideas were of a singular, if not visionary, character. He did succeed, however, in making a certain reform in the Police Department. It consisted in uniting the 'watch' and the police under one department in charge of a chief of police, a form of organization which was not materially changed until 1878.

During Mayor Smith's administration the voters of Boston accepted the proposal for a new charter." 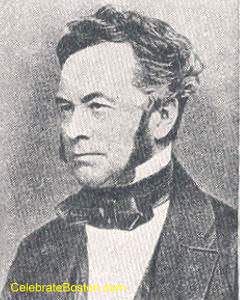