No one had taken a greater interest in town affairs than Josiah Quincy. It fell to him to preside at the last town meeting held in Faneuil Hall, and those who wanted an energetic Mayor, ready to take full advantage of the powers under the city government, found in Josiah Quincy a man admirably suited for the task.

He has deservedly been called the Great Mayor, setting a standard of purpose and execution which has rarely been equaled. Josiah Quincy's term of administration covered a period of six years marked by lively controversies and the accomplishment of many important measures, in spite of the charter limitations under which the Mayor had to act. In order to secure the widest possible power, Quincy placed himself at the head of all the committees of the Board of Mayor and Aldermen, and did so without antagonizing his associates in a disturbing degree.

Among the achievements under Quincy's administration were the great extension of Faneuil Hall for market purposes, and the reorganization of the departments of Health, Fire, and Charitable and Correctional Institutions. He also placed the Police Department on a better footing and abolished the Board of Surveyors of Highways. Indeed, Josiah Quincy's interests covered all kinds of municipal activities. He was exceedingly concerned on behalf of the public schools.

Already prior to the organization of Boston as a city he had given much attention to the care of the poor, and, on becoming Mayor, put into effect several important measures for their welfare as well as for that of prisoners.

A memorable event in Quincy's administration was the official visit of General Lafayette to Boston.

When his last year of office drew to a close, Quincy had aroused a feeling of bitterness and even of malignancy on the part of many influential voters, whose private interests had suffered through his reform measures, and who could not forget the increased expenditures due to the many improvements undertaken. In addition, he had the low elements against him because he enforced laws relating to gambling, prostitution, and the sale of intoxicating liquors. In spite of all vilification, no charge could be brought against Mayor Quincy affecting his personal and official integrity. He was a strong man and had used his power to the advantage of the city, if perhaps ruthlessly at times.

Although Mayor Quincy stood for re-election in 1828, he failed to receive a majority of all the votes cast both on the first and second ballots. He then withdrew his name, stating that 'no consideration would induce him again to accept the office.'" 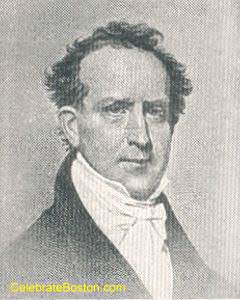