On January 7, 1970, Kenneth Harrison confessed to murdering a 9-year old boy. He then told Boston Police detective Lt. Edward Sherry, "As long as I am here, I might as well tell you about a few more."

The 31-year old unemployed cook then admitted to several other murders he had committed since 1967. Harrison was initially nicknamed The Giggler by police due to an anonymous telephone call he made after killing his second victim. The Boston Strangler case was a fresh memory in the city when Harrison told police that he sometimes had an "urge to kill."

On January 6, the body of a 9-year old boy was discovered in an abandoned tunnel under South Station. The child had been strangled to death. Harrison met the boy near South Station, and took him bowling. He then brought him back to an old railway express office in the station, and strangled him with a piece of twine. He placed the body in a canvas bag and concealed it in the basement of the building. Juvenile crime investigators quickly traced the boy's last known whereabouts to South Station, and a tipster called police about Harrison's location. He was apprehended the next day in Providence, RI. 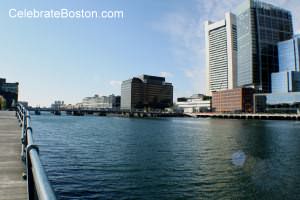 On June 15, 1969, Harrison met a man while bar-hopping in Boston's old Combat Zone. After a later confrontation over who was going to pay for a bottle of whiskey, Harrison tossed the man into a water- filled hole at a nearby construction site. Each time the man struggled to the surface to take a breath, Harrison struck him in the head with a large rock, eventually killing him.

At 1:30 AM that night, an anonymous caller telephoned police and said "Listen, there is a body in that big hole next the the Novelty Bar." When asked who was calling, the person said "This is the Giggler" and then laughed and hung up. A friend of the victim kept visiting the Novelty Bar in hope of finding the killer. On one occasion, he spotted the man and called police, but The Giggler left the bar just before police arrived.

On November 26, 1969, a 75-year old elderly woman asked Harrison to escort her across the Broadway Bridge in South Boston. Halfway across the bridge, Harrison punched her, flipped her cane off the bridge, and then picked her up and tossed the woman over the railing. The coroner had determined "drowning, presumed accidental" as the cause of death until Harrison's confession.

An even more shocking murder occurred on May 24, 1967. Kenneth Harrison was employed as a taxi driver at the time, and offered to give a ride to a 6-year old girl from South Boston. She sadly agreed. Later, on the pretense of giving the girl a piggy-back ride, Harrison lifted her up and tossed her into the Fort Point Channel, where she drowned. The coroner had also initially believed this to be a presumed accident.

Kenneth Harrison confessed to killing at least four people. He may have killed more, possessing a sporadic urge to kill. In November, 1970, Harrison was convicted of first degree murder and given a life sentence. In 1972, he was given three additional life sentences for the other murders. Harrison was to serve his term at Walpole State Prison, but an apparent plea arrangement allowed him to serve at Bridgewater State Hospital for the criminally insane.

On April 20, 1989, Harrison committed suicide at Bridgewater State Hospital by taking an overdose of anti-depressant drugs. He was to be transferred to Concord State Prison on the next day.