Lady of the Dunes

On July 26, 1974, the nude body of a woman was discovered along the shoreline in Provincetown, MA. Because of the serene way in which her body was positioned in the sand dunes, the murder quickly became known as the Lady of the Dunes case. The Lady of the Dunes murder remains unsolved to this day, and is one of the oldest cold cases in Massachusetts.

While walking her dog, a thirteen-year old girl discovered the decomposed body of a woman at Race Point Beach. The body appeared as if she had been sunbathing, just lying on a beach towel, with her blue jeans folded neatly next to her. The hands of the victim had been severed and removed, and the killer also attempted to cut off her head. Small piles of pine needles were placed on the sand in place of her hands. She had a large hole in her head, and blunt-force trauma was likely the cause of death. 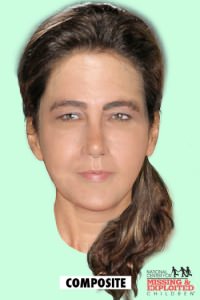 Lady of the Dunes

The case was extremely unusual. The sand was not disturbed near her body and there wasn't any sign of struggle. The killer severed her hands in an attempt to hide her identity. The victim had extremely expensive dental work, which did not help identify her. There were no hotel records, or abandoned car. Missing persons reports did not generate any leads. It was as if no one knew she was even missing, or cared. She was buried in a local Catholic cemetery with a small marker, sadly inscribed as unknown female.

Former Provincetown police chief, James Meads, had described to reporters the many false leads over the years. There were many calls by parents looking for their missing daughter. There was a convict imprisoned in Maine that kept drawing women with their hands missing. And there was a psychic that called about finding her missing hands, but the site was excavated at almost the same time, destroying any potential evidence.

Lady of the Dunes was exhumed in 1980 to help identify her, and again in 2000 to obtain a DNA sample. A woman had escaped from the Provincetown jail in 1974, and then disappeared forever. She resembled the victim, and fit a profile compiled by detectives. It was inferred that she was the Lady of the Dunes, but DNA testing of relatives excluded her.

Nearly forty years have elapsed since 1974, and the Lady of the Dunes remains unidentified and the case unsolved. Many tourists from all over the world visit Cape Cod, making it possible she was from a distant place. The 1970s were very turbulent, and many parents of rebellious children simply disowned them after disputes or confrontations. It is likely the case will never be solved, and her identity lost forever.

In 2010, the Provincetown Police Department obtained a new composite sketch from the Center of Missing and Exploited Children, and published a press release to help identify her. Download a copy of the press release (pdf); contact information for the detectives and a tip line are available.