The Boston Underground Film Festival is the largest alternative movie festival in New England. The festival spotlights full-length feature films and many short films of varying topics, but has been recognized for presenting an award in a category known as "Most Utterly Offensive." A previous festival trailer asks the viewer, "Are you ready for gore, blood, sex, and excitement!" which describes the main genres of this event.

The festival is very popular with college students, as well as the local alternative crowd. This year's movie-fest will be held from March TBA, 2020 at the Brattle Theatre in Cambridge. Seating is limited to the capacity of the theater, so plan ahead. Winners in 2016 include Best Feature (Audience Pick): Trash Fire; Best Feature (Director's Choice): Stand by for Trash Backup; Best Short (Audience Pick): Drama; Best Short (Director's Choice): Magic Fish; Best New England Film: Blood of the Tribades; Most Effectively Offensive: Heir. 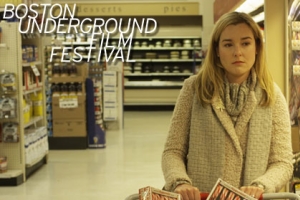 In 2019, some of the shorts film titles scheduled during the festival include: A Synthetic Kind of Love, Homegrown Horror Chapter VI: Discomfort Food, and Bucket of Truth. Some feature-length film titles include: Clickbait, Girl on the Third Floor, Tone-Deaf, and and The Nightshifter.

Presenting a historical narrative, Boston doesn't have much of an alternative scene, and compared to New York, is still inhabited by Puritans. BUFF is a rare venue in Boston.

Back in 1977-1981, there existed a punk rock and new wave crowd, but for the most part few people jumped on the bandwagon. In the late 70s and early 80s, only WERS (Emerson Radio) had punk rock music segments, while FNX, possibly an underground or unlicensed station originally, didn't arrive until 1983. BCN would occasionally play some punk-rock during the wee-hours on Friday and Saturday nights. Even the Boston Phoenix newspaper, which was infamous for it's risqué classified section during the 1970s, had published its last edition in March 2013.

Newbury Comics on Newbury Street can be noted as a trailblazer of the scene, having first established a collectible comic book store in 1978, that quickly morphed into a punk rock, new wave, and Goth accessory store. Racks that looked like second-hand Woolworth's bins were stocked full of punk rock singles and 45s. Leather and Spandex outfits were available in the back of the store. Today, Newbury Comics is still cutting-edge, with lots of clothing, CDs and DVDs of otherwise hard to find music and video.

Was there ever a Boston Underground scene? Maybe unisex bars in the 1970s, the Blue Sands in the early '80s, or even Axis and Man-Ray on certain nights in the early '90s. The old Orson Wells Theatre had midnight shows on weekends in Cambridge, and the crowd-interacting Rocky Horror Picture Show airings at the old Exeter Street Theatre, are about the pinnacle of underground Boston in the last 50 years.

Films at the Boston Underground Film Festival may be offensive to some people, but it's good that a First-Amendment Venue still exists in the area.