Photos of the old Boston, Revere Beach & Lynn Railroad in the process of clearing the line of snow after a storm in 1920. BRB&L was a narrow gauge railroad that operated a branch or loop in Winthrop Massachusetts. The line was eventually electrified, but operations ceased in January, 1940. The current MBTA Blue Line uses the old BRB&L roadbed from East Boston to Wonderland Station in Revere. 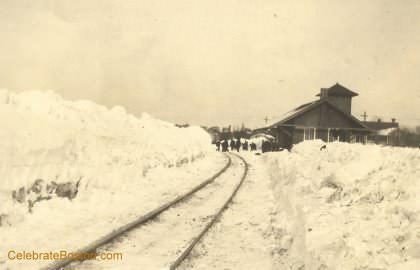 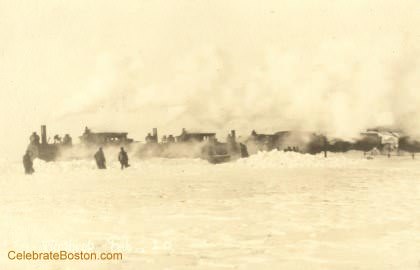 Winthrop, Unburying the Line of Snow