Josiah Quincy was elected under the legislative act of 1895 for a term of two years, and re-elected in 1898. He was the third Mayor to bear the name of his family [Josiah Quincy, Josiah Quincy, Jr.]. In no other instance has the same family given more than one Mayor to Boston.

As one scans the pages recording his administration, the family likeness between him and the other two Quincys is striking. The three men distinguished themselves as students of the theory of municipal government and were much concerned with it; they showed the same ardent desire that the poor as well as the rich should share the benefits which a municipal administration might confer; and, above all, they were not content with passive policies, but strove for improvements and cast about for new methods and means of making municipal administration more effective.

The last Josiah Quincy came into office at a time when municipal expenditures had greatly increased. His immediate concern was to bring to a conclusion the public works and undertakings begun under his predecessors. In regard to finance, to paraphrase his own words, he established the policy that it was the business of the city of Boston to spend money for objects that would bring her poorer citizens some of the comforts enjoyed by the more fortunately situated.

It was on his initiative that the system of placing city departments under unpaid boards had its beginning. No branch of the city's activities escaped his notice. His interest in school affairs was especially keen. In this connection, it may be stated that his policy regarding the School Committee differed from that of most Mayors in that he would have it appointed by the Mayor, thereby placing it on exactly the same basis as the other executive departments.

Perhaps the memorial by which Mayor Quincy will best be remembered is to be found in the system of playgrounds and gymnasia and of more adequate public baths carried out so vigorously under him.

In addition to the many departmental changes brought about, he established two new departments, namely, the Printing Department and the Statistics Department. The first mentioned remained in an experimental stage for some time, but was finally placed on a business basis.

There was a great outlay for street improvements in 1896; the subway appropriation had grown; and the schools demanded more money. Although the receipts of the city increased at the same time, it was necessary to resort to more borrowing. In 1897, the total expenditures of the city amounted to more than $27,000,000. Again large sums were spent for street improvement, particularly for the long neglected system of sewers.

The expenditures in 1898 were $1,700,000 below those of 1897; and the increase in the net debt, $2,740,000. The tax rate stood at $13.60. During the last year under Mayor Quincy, there again occurred an increased expenditure for streets and schools. Discontent with the alleged too generous outlay of public money became more and more marked, finally ending in the election of a conservative successor.

Mayor Quincy has told the story of his own administration in an address delivered at the seventy-fifth anniversary of the city." 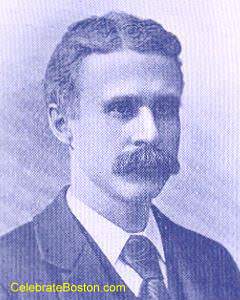