A lot of college students abuse alcohol which can be very dangerous. There are many reasons why young people abuse alcohol, including stress, depression, loneliness, peer pressure, experimentation, rebellion, self-appraisal, or difficult and emotional relationships. Turning to alcohol to alleviate problems can often lead to psychological or physical dependence. Relying on alcohol to cope with life's pressures can also lead to bad decisions, and even personal injury.

Generally, as a person gets older, he or she develops coping skills to deal with stress or traumatic events. Coping skills include methods such as building a support system of family members and trusted friends, being able to talk about one's problems and not bottle up negative emotions, being optimistic, achieving great self-control, gaining problem solving and planning techniques to help make positive decisions, participating in hobby activities to distract one's mind from negative subjects, physically exercise a lot to tone one's mind and body, or discover a pleasing activity such as listening to music and induce happy thoughts. 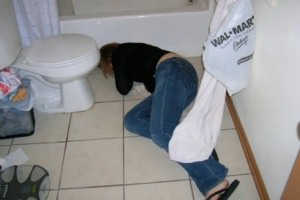 The antithesis of learning coping skills is to fall prey to addictive behaviors. Addictive behaviors are the repetition of negative acts regardless of consequences, with examples including alcohol abuse, drug abuse, obsessive acts, compulsive acts, over-eating, under-eating or unhealthy eating, not exercising, self-isolation or even partial confinement, self-centering, chronic depression, over-working, over-studying, unrelenting self-evaluation, belittling groups of people, or even violence in a relationship. Such behaviors can generally lead to future health problems, mental illness, and tremendous anger toward individuals, groups, or entities.

Addictive behaviors can be extremely dangerous. In this editor's memory alone, there are countless instances where young people were killed or injured due to alcohol: women falling out of dorm windows, men offing themselves, people skiing into trees, people dying of alcohol poisoning, people drowning in their own vomit, etc. And of course the major risk of driving under the influence or being a passenger in such situations. Literally, hundreds and hundreds of young people have been killed by drunk driving in Eastern Massachusetts in the past 30 years.

There are many other situations where alcohol can lead to terrible consequences such as violent fights, falling and hurting oneself, injuring or killing a friend in a car accident, getting a sexually transmitted disease, being raped, getting robbed, or getting arrested at a party or public event.

Lastly, some people may be genetically pre-disposed to alcoholism, or easily physically or psychologically addicted to alcohol. If family members are alcoholics, abstaining from alcohol and participating in a support group may be a good option. Some people are drawn to hard drugs after consuming alcohol, and they should consider abstaining or attending therapy sessions to overcome any addictive tendencies.

What should young people consider when first consuming alcohol?

What should young people consider in social situations?