On October 2, 1973, an extremely shocking murder took place on Blue Hill Avenue in Dorchester. A 24-year old woman ran out of gas and was returning to her car from a filling station, when six teenagers forced her to douse herself with gasoline, and then set her on fire. She died four hours later. The murder can be described as 50% Hate Crime, and 50% copycat, as a film had aired the previous weekend in which the plot was to capture a person that was setting homeless people on fire in Boston. The murder remains unsolved to this day.

Boston had great racial tension in the 1960s and 70s. The atmosphere CANNOT be described as violent, but there were several notable hate crimes by whites against blacks, and blacks against whites. The racism and bigotry was stirred up by a handful of politicians and community activists, as the city did not have major racial issues for many years before then. Boston had segregated neighborhoods that contained different races and ethnicities. One was generally safe in all parts of the city, but on occasion, random circumstances such as "being in the wrong place at the wrong time" had led to tragic consequences. Here is a somber example. 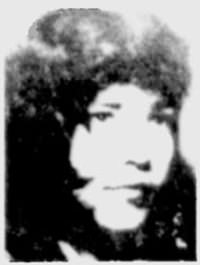 In late September, 1973, Evelyn Wagler had just moved from Chicago to Boston's Blue Hill Avenue neighborhood. She was white and living in a mostly African-American neighborhood. She had separated from her husband and child, and was seeking employment in Boston. Wagler had lived in a black neighborhood in Chicago, and did not feel threatened or out of place in the Blue Hill District. She moved in with other roommates and was settling into her new environment.

At about 9:00 pm on October 2, Evelyn ran out of gas near her house while borrowing a car. She walked eleven blocks to a filling station carrying a small empty gas can. The neighborhood was mostly boarded up and run down. There were riots in the area after Martin Luther King's assassination in 1968, and fear and paranoia had gripped the neighborhood. Empty storefronts and steel shutters marked the landscape as she walked to the gas station. Night walkers and dope dealers greeted her in the dark.

On her return, six black teenagers confronted her. They forced her down an alley and behind a building. They struck her and shouted racial slurs. The teenagers demanded she pour the gasoline on herself. She complied on threat of more violence. One teenager then flicked a match at Evelyn, and she burst into flames. The teenagers walked away in laughter.

Evelyn Wagler tried in vain to roll on the ground and put out the fire. She was receiving second and third degree burns all over her body. Charred and smoldering, with her hair burnt down to her scalp and face blackened, she crossed the street and walked over to a liquor store. She calmly asked, "Will you please call an ambulance?" and then left the store. Bystanders grabbed a coat and covered her, and she was taken to a local emergency room by a policeman. Evelyn Wagler died four hours later. She told the police about the attack, and that she had been previously warned by three of those teenagers to leave the neighborhood.

Russell Francis, a historian that grew up on Blue Hill Ave, in The Knave of Boston & Other Ambiguous Massachusetts Characters, described the location where she was killed: "...I stopped for a moment opposite the spot where Evelyn Wagler had been cattle-prodded down the alley to her death. The alley was only a few feet wide, fenced in but with a gap large enough to squeeze through. The back area was open to a side street that ran off the Avenue beside the dilapidated green corner house. Someone in that house or the apartment next to it must have heard her screams, must have looked out a window, must have seen. But no one ever came forward to say so." He expressed great sadness that such a horrific event could have happened in his childhood community.

A few days before the murder, a film called Fuzz had aired on television starring Burt Reynolds and Raquel Welch. The plot was that police officers (Reynolds and Welch) were attempting to capture someone in Boston that was dousing homeless people with gasoline and then setting them ablaze. The Evelyn Wagler murder may have been a copycat killing inspired by the film, as another person was also burned to death in Miami a few weeks later in the same manner.

Evelyn's murder was sensationalized by the press, and the killing was referred to as the "Human Torch" case and also the "Social Worker" murder. Her murder was in the headlines for several months, and used to decry violent content on TV. The networks were asked to curb the violence, and advertisers were requested to analyze the content they were actually sponsoring.

Wagler's husband was a freelance writer in Chicago. He blamed society and described his wife's murder as: "[Caused] by the system, a system that creates ghettos and racial hatred."

A close friend brought Evelyn's ashes to her husband and son not long after she passed away.

Boston has racially healed since the 1970s. This author credits Mel King as being pivotal in mending race relations in the early 1980s. He seemed to be a Bostonian first and an African-American second (I do not remember if someone else stated this years ago), while others were stirring up hatred to enrich themselves or gain power.

Evelyn Wagler is not forgotten, as well as others, who lost their lives during the racial crisis of the early 1970s. The equally shocking George Pratt murder also occurred in 1973.