Charles Sprague, the famous poet, was born in Boston on October 26, 1791, and died there on January 22 1875. His father, Samuel, born in Hingham, Massachusetts, was one of the party that threw the tea into Boston Harbor.

Charles was educated at the Franklin School of Boston, and at the age of ten lost the use of his left eye by an accident. In 1804 he entered mercantile life, and in 1816 was taken into partnership by his employers. In 1820 he became a teller in the State Bank, and on the establishment of the Globe Bank in 1824 he was employed as cashier, serving there until 1865, when he retired from business. 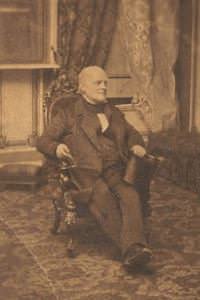 Mr. Sprague first attracted attention as a poet when he won a prize for the best prologue at the opening of the Park Theatre in New York. He achieved similar success at the opening of other theaters in Philadelphia, Salem, and Portsmouth. In 1823 he obtained the prize for the best ode to be recited at the exhibition in the Boston Theatre of a pageant in honor of Shakespeare, and in 1830 he pronounced an ode at the centennial celebration of the settlement of Boston.

In 1829 he delivered before the Phi Beta Kappa Society of Harvard a poem on Curiosity, which was considered his best production. Among his shorter poems are the Ode to Shakespeare and Winged Worshippers. Edwin P. Whipple [said]: 'His prologues are the best which have been written since the time of [Alexander] Pope. His Shakespeare Ode has hardly been exceeded by anything in the same manner since Gray's Progress of Poesy. But the true power and originality of the man are manifested in his domestic pieces. The Brothers, I See Thee Still, and The Family Meeting are the finest consecrations of natural affection in our literature.'

The Sprague family tomb is Number 5, and can be viewed from the walkway on Boston Common. The Boston Globe obituary is a nice tribute to Sprague. 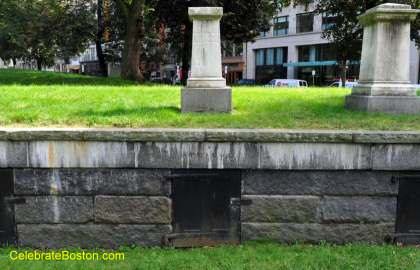