Anthony's Pier 4 restaurant opened in 1963, but it actually spans over 80 years of rich restaurateur experience from its illustrious founder, Anthony Athanas. A native of Albania, Athanas, then four years old, and his family moved to the United States in 1915. He worked his way up at various restaurants and kitchens, gaining a lot of knowledge, experience and expertise from different restaurant owners, chefs and managers. He finally opened his own restaurant in 1937 called Anthony's Hawthorne. Anthony's Pier 4 was his fifth restaurant, and it quickly gained renown and was easily one of the country’s top restaurants within a few years. To this day, Anthony’s Pier 4 is regarded as one of the most famous restaurants in the United States.

The ambience in Anthony's Pier 4 is truly unique. The entrance to the restaurant is like a time machine, and you instantly get transported back in time to the 1960's or 1970's with the interior style and overall feel of the place. This is quite pleasant, in a way that you feel as if you just entered a perfectly staged fantasy, located only minutes away from the hustle and bustle of downtown Boston. At the same time, part of the charm is also marred by the obvious fact that some of the "old-style" feel isn't deliberate—old carpets, creaky floor boards, and ancient photos on the walls. Still, the breathtaking view from the dining area more than makes up for whatever ambience is perceived as good or bad in customer reviews. 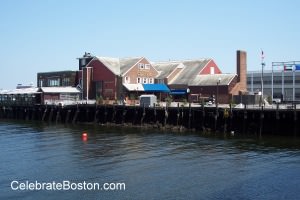 The Popovers are very popular, which are widely regarded as a must-have by people who have eaten here. Being consistent with the traditional feel, other menu items are also Boston classics like steaks, seafood, and other menu items. The Lobster Bisque is famous and has been a winner of various awards, being served to Presidents at inaugurations, etc. The Boston Sashimi is also something to look for and sample, if you're into that kind of food.

As for customer feedback, it's mixed. There are those who rave about having eaten the best meals in their lives, while others have commented that the food was served cold. One thing they have in common is their feedback on prices. Anthony's Pier 4 is definitely up there in terms of price, at around $30 per dish. Still, despite the mixed reviews, one thing that would clearly be a testament to the establishment's quality is the fact that the restaurant is often packed.

Another agreement by people who have reviewed the restaurant is the lack of good customer service. People have mentioned rude, snobbish and outright condescending staff. Of course, there were some who have experienced great customer service, but these were few and far between. You'd hear remarks like "everyone but the server was good." Customer service is still definitely an opportunity area for the employees of Anthony's Pier 4. The hustle and bustle of a full-house of customers is not an excuse to act irritable around customers. Always remember of course that people who experienced sub-par service are more likely to post a review than most patrons.